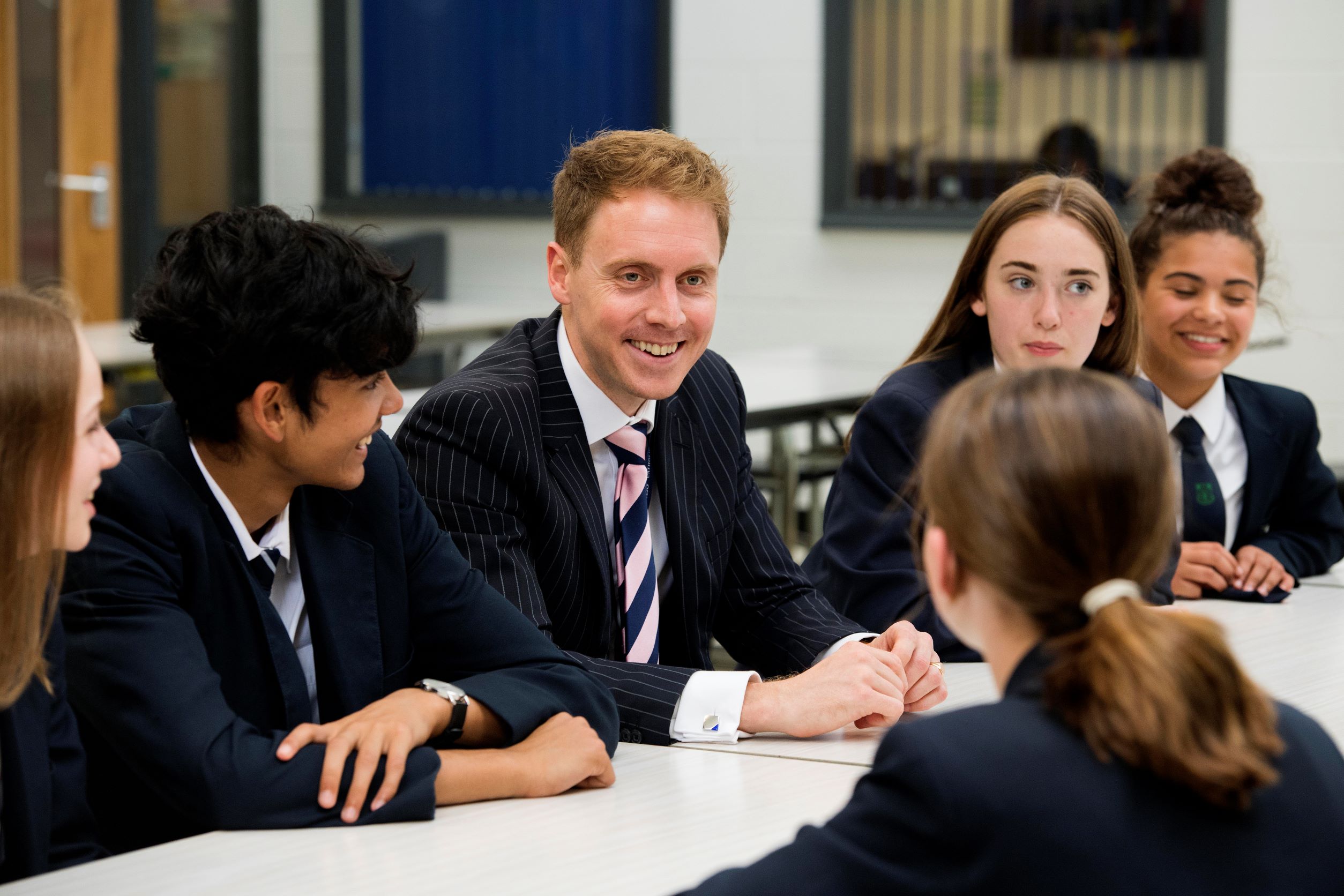 A Stockport school is looking to reconnect with former students.

St James Catholic High School in Cheadle Hulme aims to build an unrivalled network of past pupils, known as alumni, in order to inspire current students.

The school, a six form entry 11-16 high school, says alumni can get involved in school life in a number of ways, including giving inspirational talks about how they found success in their chosen fields. The careers team at the school will also invite former students to act as mentors and offer opportunities for work experience placements. St James believes that previous pupils are the best role models and hopes many will get in touch to lend their support.

The school, which opened in 1980 and is rated Good by Ofsted, numbers amongst its former students actor Jimi Mistry, several professional footballers and a host of successful business people and entrepreneurs.

St James secured the help of State Talking to build its alumni network as part of a pilot project along with four other Greater Manchester schools.

“We believe family is at the heart of what we do and we want pupils to remain a part of St James’ for the rest of their lives.

“We hope to utilise the wealth of expertise within our alumni to further develop our careers provision. Having successful, relatable role models is one way of raising our pupils’ aspirations; helping them to learn from people who would have once followed the same school path will be invaluable.

“We hope to involve alumni in school life by asking them to give inspirational talks to pupils,offering mentoring opportunities and providing them with an alumni newsletter to continue their connection with the school after they leave.”

“By introducing pupils to relatable role models, whether as school speakers or mentors, we hope to boost their chances of establishing a rewarding career and encourage them to pursue greater opportunities.

“Our mantra is ‘you can’t be what you can’t see’. Part of our work involves supporting state schools to set up effective alumni networks, as the most relatable role models are former pupils”

“Thanks to sponsorship from Cheadle Hulme School and Russell WBHO, we are able to offer these services to schools at no cost.”

Anyone wanting to register as a St James alumnus can do so via the online form on the school website http://www.stjamescheadle.co.uk/alumni/